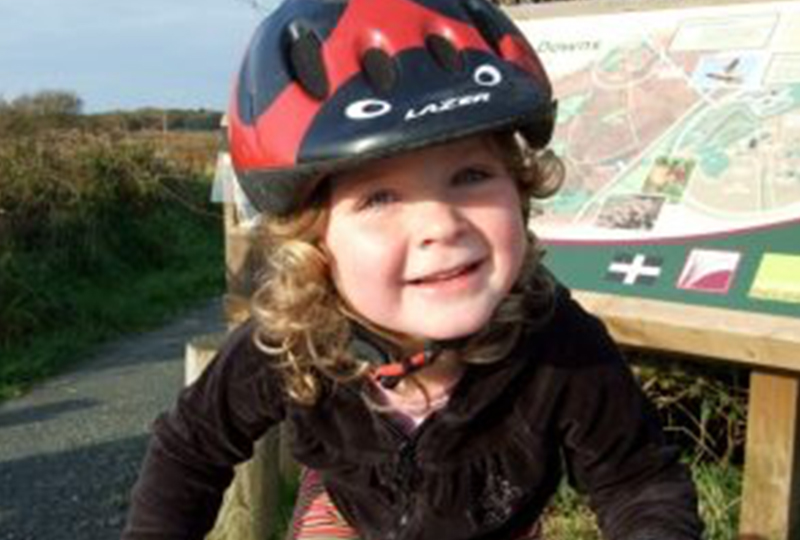 “We thought Freya had a virus and had taken her to hospital for blood tests over a number of weeks,” Freya’s mum Rachel said. “We’d planned to have three weeks away on holiday and things still weren’t sorted so I thought we better get Freya tested again before we went.

“We arranged to have her blood taken on the Monday, and they told us to phone on Tuesday to get the result. But the lab had called our GP by teatime that same day and said, actually, you’d better come back into hospital. We didn’t even know she was poorly at the time — she was a bit clingy, she’d had a cold, but it was nothing more than you’d expect from a toddler at 15 months. You’d don’t automatically assume they’ve got something horribly wrong with them. But Freya had acute lymphoblastic leukaemia.

“A little while after her treatment we had a social worker who had been given a leaflet about CFC. Freya had a particularly bad reaction to one of the chemo drugs she had been given — it affected the nerve endings in her legs. She still relies on orthopaedic footwear for extra stability and to lessen the pains in her knees and hips, although we're sure in time she may be able to do without those as well. But we had to get her to use her legs, so we thought cycling would be a good way forward because it is low impact.

“CFC initially gave us gift vouchers for Halfords. So Freya — she was just older than two — got to choose what bike she wanted. It was very pink and very fluffy and full of tassels. She absolutely loved riding it. She couldn’t manage to do a full revolution of the pedals for a long time, but she would do half a push, then put her legs back, and then do another half push, but she made her way round.

“It took probably a couple of years before she could cycle after Rossi her brother, and Rowan her sister, but that was amazing. I contacted Mike at CFC to say thank you, she can do it. Mike said, that’s great, but she must have grown. So CFC offered to give her a bigger bike, which was so lovely of them. She’s had that for a year now and she is desperate to have the stabilisers off.

“I remember we used to push Freya up and down the hospital ward on a tricycle and she loved it. Now she’s six years old and she is cycling confidently under her own steam thanks to the generosity of CFC and all who fund raise for them.”

Freya's story has been a constant source of motivation to everyone at CFC and the pictures of her happy smiling face have enchanted everyone we've encountered over the past 5 years. We look forward to Freya coming back for her next size bike! MG. 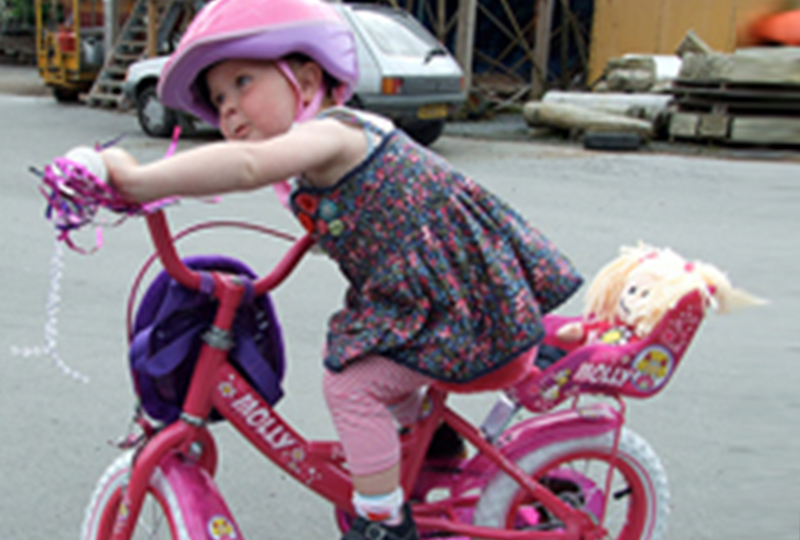