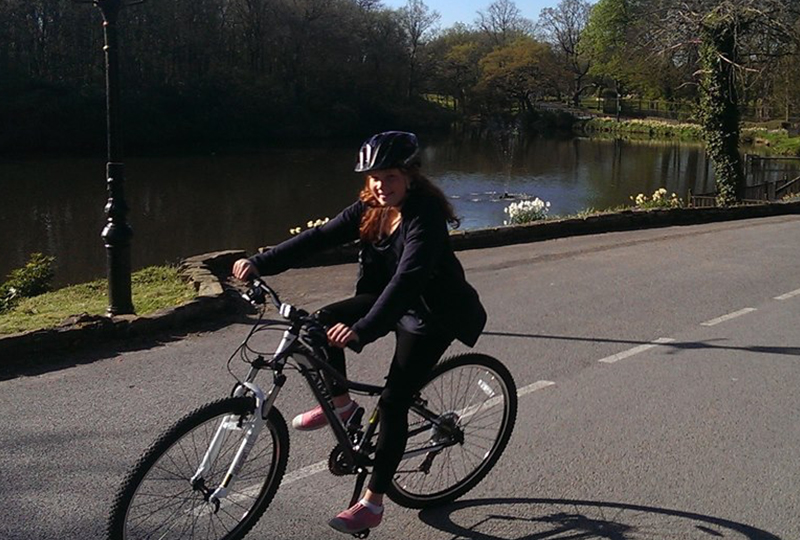 I wanted to say thank you very much for Catie's new bike.

Catie was diagnosed with Osteosarcoma (bone cancer) a week after her 9th birthday in 2010. She had 8 months of chemotherapy and 2 major operations, and due to some complications, she has had several more ops since. After the last one in December, Catie has been reliant on her wheelchair for long distances, and for a 13 year old girl, it has been very difficult.

I can't thank Cyclists Fighting Cancer and CFC Trustee Richard Salisbury from @PedalPrecision enough for giving Catie her independence back. Richard understood exactly what Catie needs, and the bike modification he made is barely noticeable but 100% enabling, she is so excited with the result. I am very grateful for the wonderful gift that you have given my child which is so much more than the bike itself.

To see her back on a bike after 4 years was one of the best moments of my life.