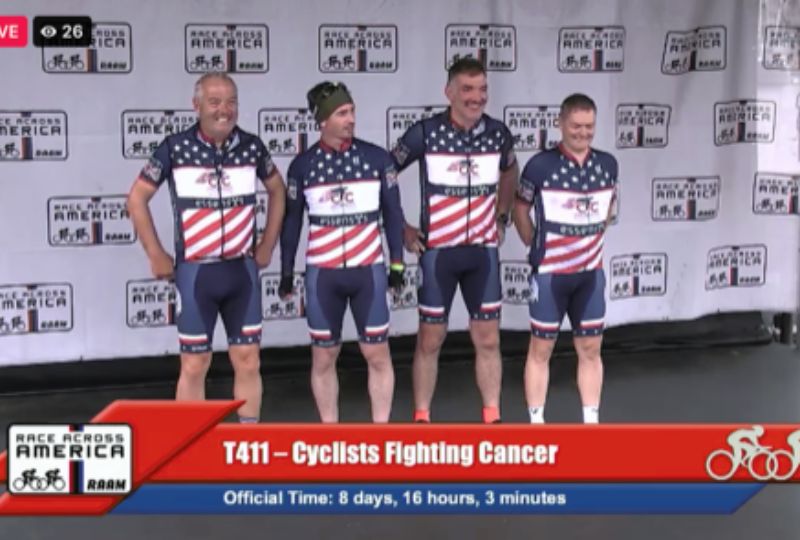 Four years ago, in 2018 our Race Across America attempt didn't go quite according to plan and so this year the team were going back to finish what they started.

RAAM is a race. Starting in Oceanside, California on the West coast of America the four person team were attempting to ride 3063 miles non stop, 24 hours a day until they reach the finish at Annapolis on the East coast of America. The riders are Caspar Gilroy, Kevin Musgrave (CFC Trustee), Doug McKinnon and Ed Cowell. 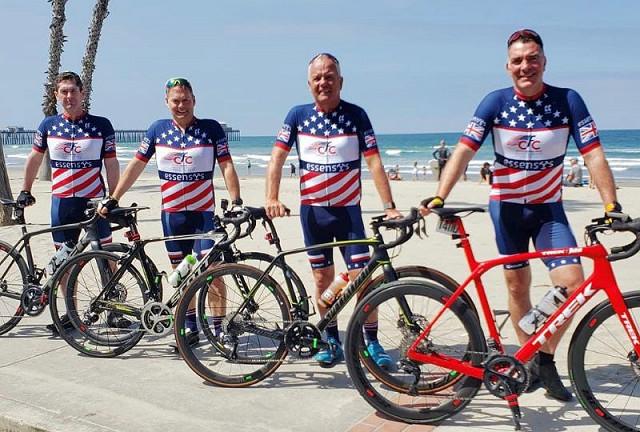 The route will take them through 12 States, over the Rockies and Appalachian mountain ranges, taking the total feet climbed to 170,000ft. It's not for the faint hearted, once the clock starts it does not stop until they cross the finish line as a team. It is the worlds longest time trial, the ultimate race of truth. 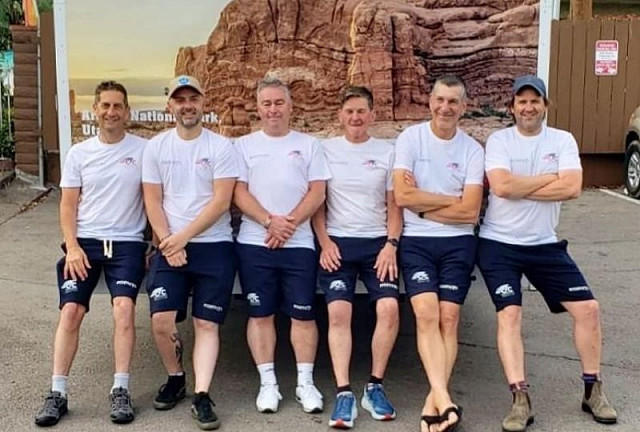 For the entire team the race was personal, however for Kevin it was particularly so. He attempted RAAM in 2018 with CFC and the entire team were cancer survivors. Unfortunately, one of the riders developed sepsis on day two and had to be taken to intensive care for 8 days. The remaining three riders pushed on without him. However, after completing 2,438 miles the organisers told them to stop as there was no way they were going to complete the race within the time limits. Reluctantly the team gave up, only to be told two days later by the organisers that they had got their calculations wrong and the team would have finished about 10 hours inside the deadline!!

The whole team found it incredibly tough, the extreme temperatures, sleep deprivation, the brutal climbs and the endless roads, but they pulled together and finished well within the deadline with 7 hours to spare in an incredible time of 8 days, 16 hours and 3 minutes.

Out of 19 people competing from Britain only 5 people made it, our team of 4, plus 1 other.  One of the race organisers told the riders a crazy statistic that more people climb Everest each year than have completed RAAM in 40 years!

We are so incredibly proud of the team for what they have achieved as well as raising such a significant amount of money for CFC.  The £80,000 will all be used to support children living with and beyond cancer, to get them active, outside, pedalling on new lightweight bikes and specially adapted trikes to aid in their physical and mental rehabilitation.