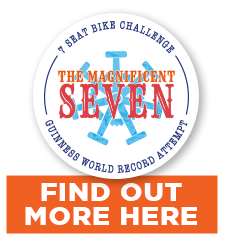 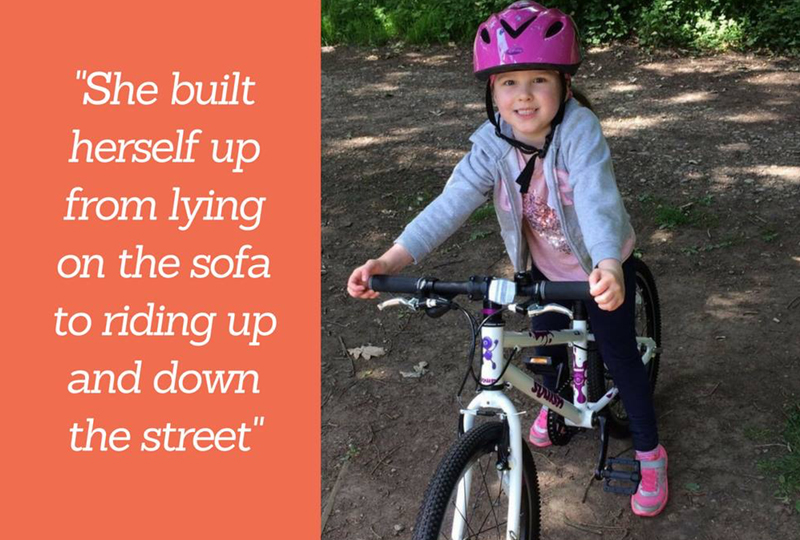 “Abigail was diagnosed with ALL, acute lymphoblastic leukemia in November 2016,” Abigail’s mum Jo said. “That completely threw our world into despair and Abigail had to go through a gruelling eight months of very high dosage chemotherapy. She was launched into operating theatres, overnight hospital stays, lumber punctures, all sorts. Poor thing, she had a horrendous time.”

By summer Abigail had progressed into the ‘maintenance’ stage of treatment, where the goal was to build her body back up. Fortunately, one great tool for helping Abigail regain her strength, a new bike, had already been delivered and was ready to be ridden.

“It was our CLIC Sargent worker Louise who told us about CFC,” Jo said. “Abigail was over the moon when the bike turned up. She loved it, and it had pink writing on it, so it was perfect. We got it just before she went on to maintenance, so she knew it was there for her to use and I think it really motivated her a lot.

“Abigail started riding up and down the street, then she just got stronger and stronger. It was the bike that made the difference because she could handle the bike that CFC had given her, whereas she couldn’t quite pedal the old bike she had because it was too heavy.

“So she built herself up from lying on the sofa to going up and down the street, then round the block, then all summer we went to Clumber Park a lot. She cycled round Clumber Park and had a fabulous time, she absolutely loved it.”

Now Abigail is regaining her fitness, but the benefits of cycling don’t stop with just her physical condition.

“Vincristine — the chemotherapy that Abigail was on, affects children’s legs and actually puts some children in wheelchairs,” Jo said. “In fact, Abigail did end up in a wheelchair for a couple of days but that was more due to her having pneumonia rather than the Vincristine. Her legs were definitely weakened by the chemotherapy treatment that she had. However, the bike has helped to stretch the muscles again and get them working.

“We’ve definitely seen the bike help Abigail recover her physical abilities but more than that, it has also helped to give her confidence. It wasn’t just physical strength, although obviously that is a massive thing, the bike also provided psychological benefits as well. It meant Abigail could be a little girl again and go out on her bike. It gave her the boost that she really needed.

“So the bike has made such a massive difference to Abigail’s life and it has meant that she can go and play with her sisters as well. It has been brilliant, we can’t thank CFC enough.” 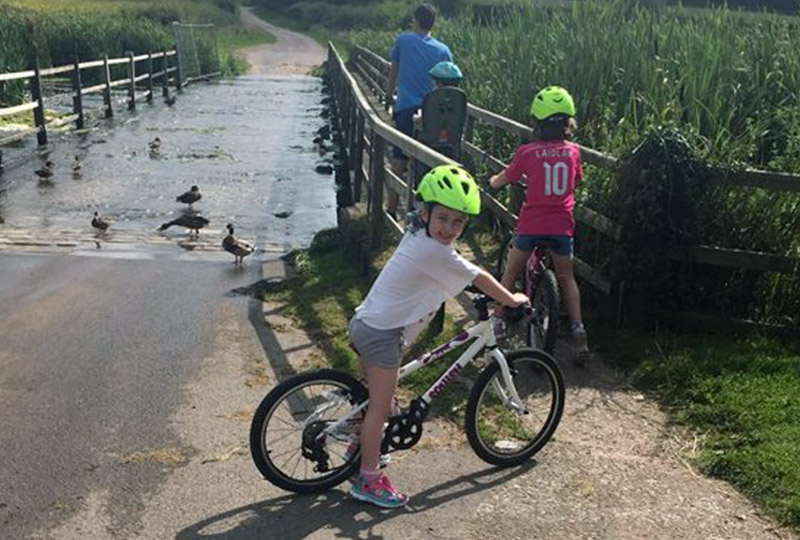